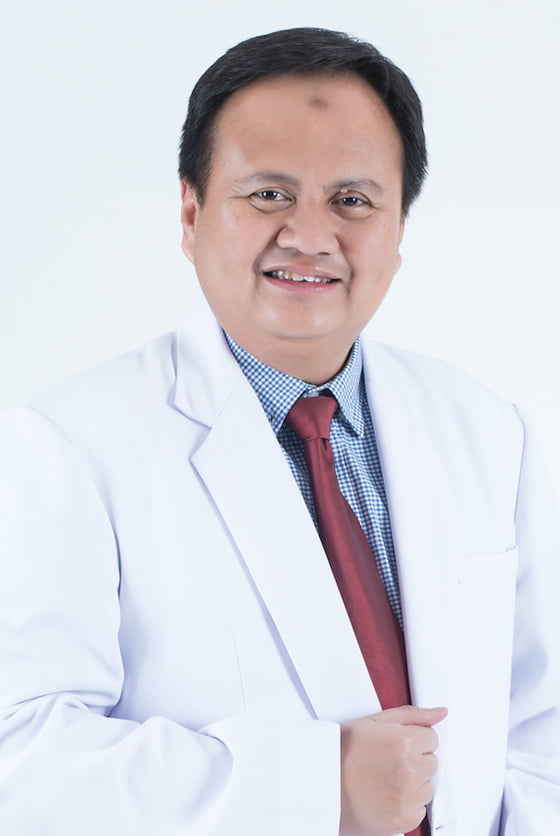 He is The President of Asia Pacific Initiative on Reproduction (ASPIRE) for 2018 – 2020 and also a vice director of Indonesian Medical Education and Research Institute Faculty of Medicine Universitas Indonesia (IMERI FKUI).

At the moment He is the chairman of National Health Technology Assessment Ministry of Health Republic of Indonesia.  He is also a member of Indonesia National Academic of Sciences since 2020.

In Indonesia He serves as The President of Indonesian Association for IVF (IA-IVF) for 2016-2020 and a General Secretary for Indonesian Society for Obstetrics and Gynecology (POGI). He is also the chairman of International Relationship Affair of Indonesian Medical Association (IMA).

After graduated as a specialist in Obstetrics and Gynecology from Universitas Indonesia in 2005, he spent his time as a research fellow on ovarian tissue vitrification and in vitro culture of follicles at Hyogo College of Medicine Japan. He continued his research on basic laboratory on ART and had some clinical IVF training in Osaka, Barcelona, Thailand and Vietnam.  He defended his PhD thesis on “Pre-antral follicle vitrification” in Faculty of Medicine Universitas Indonesia in 2014. Then he continued study to received master’s degree in public health from University of Gadjah Mada – Yogyakarta, Indonesia.  He is International Affiliate of the College Royal Australian and New Zealand College of Obstetricians and Gynaecologists

He is a former research manager FKUI (2014-2018) who contribute a lot for establishing research and innovation in FKUI as well as IMERI development.

He did also a lot of contribution in developing IVF field in Indonesia since he is one of the founders of Indonesian Association for In Vitro Fertilization (IA-IVF) which was founded in 2009.  Instead of giving services, he is also a coordinator of trainer for Subspecialty in Reproductive Endocrinology and Infertility Fellowship which is underwent in Teaching Hospital Universitas Indonesia.

He did and published a lot of researches in ART especially in AMH, individualized controlled ovarian stimulation (iCOS), ovarian tissue vitrification and embryo metabolomics. He is the one of AMH expert in Asian region since he developed AMH nomogram and AMH based iCOS formula which is very important for daily practice on infertility.

Currently he is a member of advisory board of Merck Serono Asia Pacific and very active in a lot of regional organization such as Pacific Rim Fertility Society (PRFS), European Society for Human Reproduction and Embryology (ESHRE), International Federation of Fertility Society (IFFS), American Society for Reproductive Medicine (ASRM), International Society for Fertility Preservation (ISFP) and American Association for Gynecology Laparoscopy (AAGL). Now he is trying to develop ovarian tissue cryopreservation in Indonesia and establish Asian Society of Fertility Preservation (ASFP) as founding member.

Get New Journal Tables of Contents Alert Right to your email inbox.